The Confidence and Perception Behind Online Reviews 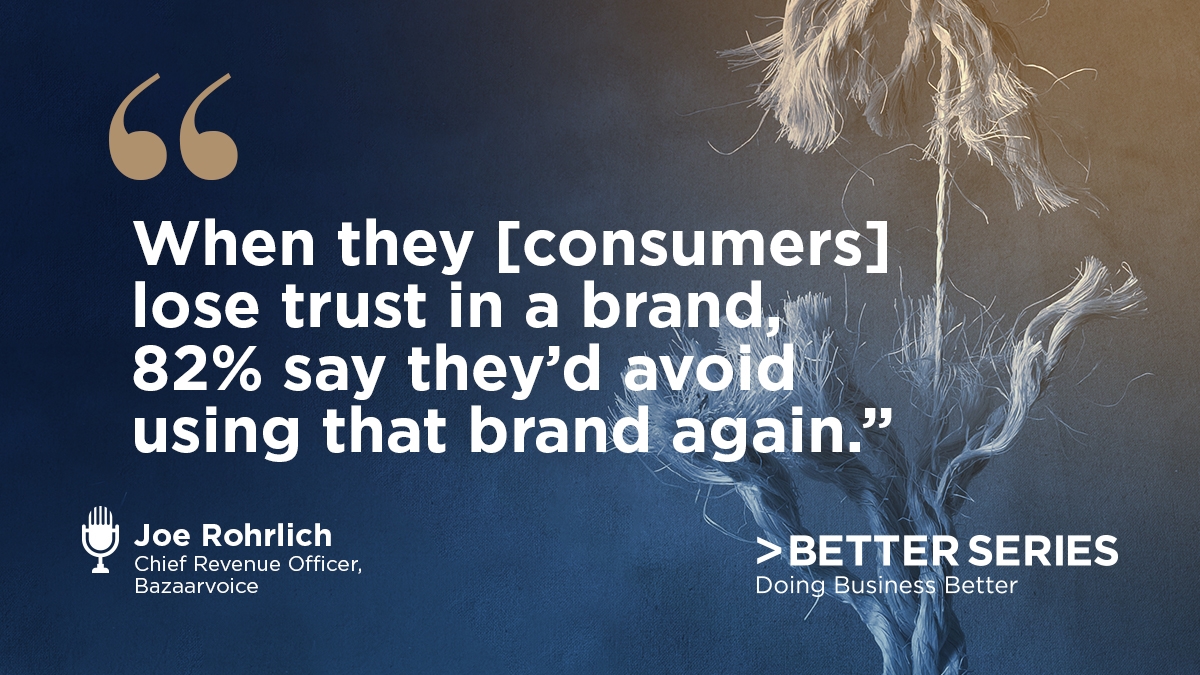 For the majority, online reviews and ratings hold considerable merit in influencing purchasing decisions. They have integrated into a form of advertising for today’s companies. People feel more assured about spending their money on brands with five-star reviews than those with little to no feedback. A purpose that was once fulfilled primarily by word-of-mouth and social cues has been replaced by reviews and ratings to validate consumer investments.

But what if this validation is based on lies?

Fake, also known as fraudulent reviews, are not a new concept, but their presence is becoming progressively harder to detect as technology improves. In our digital world, which is in a heightened state due to the circumstances of the COVID-19 pandemic, the influence reviews have is now intensified.

In a recent BBB National Programs’ >Better Series Podcast, Joe Rohrlich, the Chief Revenue Officer of Bazaarvoice, spoke to two direct effects of the competition and urgency amongst companies to have reviews. The first being the presence of fake reviews and the second being consumers approaching online reviews with a critical eye.

Rohrlich described how awareness of a product is no longer enough to guarantee a purchase. As consumers are now “looking for a combination of expert and peer opinions” that supports their awareness, the presence of one review can be enough to increase a product’s online conversion by 10 percent.

While positive reviews strongly improve the likelihood of a purchase, the presence of reviews that are fake or perceived to be so can be devastating to a company's bottom line and reputation.

“When shoppers suspect fake reviews, 31% say it’s a product they are not going to buy,” said Rohrlich. He explained that it also impacts the trust consumers place on the brand and that, as that trust disappears, “82% of them said they avoid using that brand again in the future.

To combat the dangers of fake reviews, Rohrlich suggests that companies aim for transparency and support disclosure because this helps create confidence in the reviews' authenticity.

Though it’s not a new trend, 2020 has seen a rise in online shopping due to the pandemic. Since the beginning of March, Bazaarvoice has seen an increase in online shopping and ordering every week. As the world becomes more accustomed to online shopping, there is an increased reliance on the content out there about products consumers are considering for purchase. Rohrlich said that businesses are preparing for a new type of smarter consumer.

This leaves companies with two approaches when it comes to this new form of advertising: they can either ignore reviews, or they can capitalize on them. Instead of falling victim to fake reviews or attempting to utilize them to create a false perception of your company, let your product speak for itself. If you practice disclosure and transparency, as well as keep your feed clear of fake reviews, you’ll find it easier to keep your current customers and see your audience grow.