SwissJust USA (“SwissJust” or the “Company”) is a direct selling company located in Doral, Florida that is the exclusive distributor and licensee of “Just™” products in the Americas. The Company markets and distributes such natural products for emotional, physical, and dermo-cosmetic well-being through independent consultants.

DSSRC identified the following representative product performance claims disseminated on social media by independent salesforce members of the Company. DSSRC was concerned that the representative claims below communicate that SwissJust products can treat and protect against serious health-related conditions, including but not limited to COVID-19. 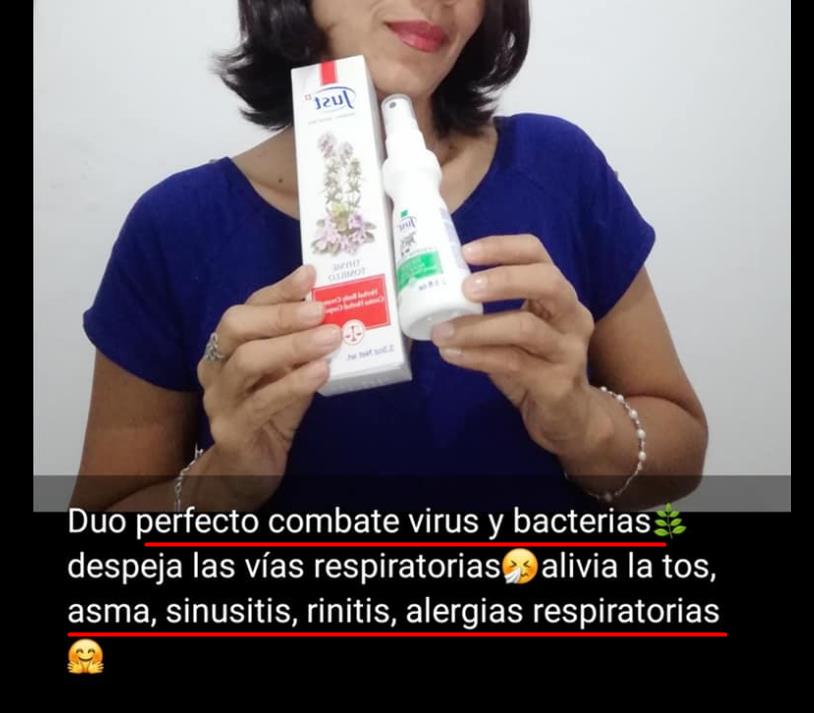 🛁For shower, bathtub foot baths or use with any vehicle.

🔺Clear the senses and comfort the awkwardness of #climate changes

🔺Comforting for people who #smoke

You can make SwissJust a full time job or simply

SwissJust did not dispute DSSRC’s concerns regarding the product claims at issue in this inquiry.

The Company advised DSSRC that all of the original posts that were the subject of the DSSRC inquiry originated from Company consultants located outside of the United States (i.e.., two from Mexico, one from Argentina and one from Peru) and that  is working with the SwissJust business units in the appropriate countries, which are independent from SwissJust USA, to have the social media posts removed.

SwissJust also maintained that it was not aware of the two additional posts that were identified by DSSRC during the pendency of the inquiry but stated that it believes that those posts also originated outside of the United States. The Company informed DSSRC that it would use its best efforts to contact the individuals responsible for the posts and have the problematic claims removed.

DSSRC confirmed that all six of the social media posts enumerated in the Basis of Inquiry are still publicly accessible by consumers.

According to the FTC, statements indicating that business opportunity participants while not necessarily becoming wealthy, can achieve career-level income are likely to be false or misleading when made to current or prospective participants.[8]

DSSRC remained concerned with the claim being communicated by a SwissJust consultant on social media stating that “You can make SwissJust a full time job.”

As noted in DSSRC’s Earnings Claim Guidance for the Direct Selling Industry, while DSSRC will evaluate any claim based upon the context in which the claim appears and the potential net impression of such claim to the audience, some words and phrases commonly used in earnings claims can carry a particularly high risk of being misleading to consumers. Such words and phrases include claims such as “financial freedom,” “full-time income,” “replacement income,” “residual income,” and “career-level income.”[9]

DSSRC concluded that this earnings claim could be reasonably interpreted by consumers as meaning that they can expect to earn significant, full-time income from the SwissJust business opportunity. In the absence of evidence demonstrating that the typical SwissJust consultant can generally expect to receive career-level income from the Company’s business opportunity, DSSRC recommended that this claim be removed.

At the time of this decision, all six of the social media posts at issue in this inquiry remain active. DSSRC remains concerned that the social media posts brought to SwissJust’s attention during this inquiry which indicate that the Company’s products are effective in the treatment of serious health-related conditions including COVID-19 remain active and accessible to consumers. DSSRC reiterated its request that the Company provide copies of the takedown requests that were sent to the sales force members responsible for the social media posts. Further, DSSRC recommends that the Company take immediate action to effectuate the removal of these posts, if necessary, by filing takedown requests with the platforms on which the posts were made.

With respect to the earnings claim stating that “You can make SwissJust a full time job,” DSSRC determined that in the absence of evidence demonstrating that the typical SwissJust consultant can generally expect to receive career-level income from the Company’s business opportunity, this claim be should be removed.

Should DSSRC further determine that unsupported product performance and earnings claims continue to be disseminated in by SwissJust and/or its consultants, DSSRC will open a compliance inquiry and possibly refer this matter to the appropriate governmental agencies.

“After working with the appropriate countries, the 4 original international posts (two from Mexico, one from Argentina and one from Peru) have been removed.

The 2 more recent posts are one from the USA and one from Costa Rica. The US post has also been removed and we are working with Costa Rica to take that post down.

In the coming weeks SwissJust will continue to reinforce its salesforce training regarding product and income compliance. SwissJust will use its internal communication platforms to reiterate the need to strictly adhere to compliance policies and remind its third-party Consultants to avoid any claims such as “financial freedom,” “full-time income”, “residual income,” and “career-level income”

[7] In a situation where an active salesforce member is unresponsive to a Company’s takedown request, DSSRC also recommends that the company consider taking appropriate enforcement action to suspend or terminate that salesforce member pursuant to company guidelines and policy.

[9] See paragraph 6(b) at https://bbbnp-bbbp-stf-use1-01.s3.amazonaws.com/docs/default-source/dssrc/dssrc_guidanceonearningsclaimsforthedirectsellingindustry_2020.pdf?sfvrsn=4ecfcd36_6.